Joseph and I live pretty frugal…Kinda.

I drive my very first car ever, a periwinkle 1995 plymouth neon with 200000+ miles on it. It looks similar to this picture, except this picture has a clear coat, mine doesn’t, so it looks dusty or chalky at all time. It was bought for me by my parents in 2005 for $1200.

(picture from the internet cargurus.com).

We are using couches that a friends of Joseph’s parents were getting rid of when we were getting married. I think they’re about as old as we are.

We purchased a kitchen table when we bought this house. It is a glorious table, and we love it. It is like 96 inches with a leaf that makes it 120. So it can seat all of my family comfortably. We bought it from basset furniture on clearance for around $450. We didn’t have chairs for it for the longest time, but eventually I found a matching set of chairs we tolerate at a thrift store for $8/ piece. I think there were 12, but all of chairs for under $100. They don’t match the table(which is a darker oak, the chairs are cherry) and I hate the upholstery(I’ve tried refinishing them, they’re harder than you think because the back is all upholstered, but set in. like this, but with uglier colors. 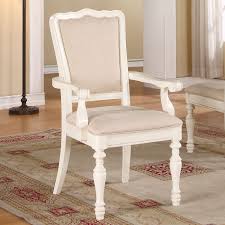 When we got married, we bough a king size mattress and box springs from a warehouse store and paid about $600 for it.

Other than that we have all handme down, or homemade furniture. I made Joseph and I matching desks for his computer and my crafting areas for Christmas. Total it was probably $175 ish for materials. Not including the hard labor my dad and myself did.

The point is, I want to buy things. I shouldn’t. I should be content. But currently our dresser is a crappy laminate dress Joseph brought with him into our marriage. We painted it and upholstered the drawers, but it is old. We had mismatched laminate bedside tables which we also painted. So they matched but they aren’t nice.

We talked about buying Calvin a dresser and Joseph said that he doesn’t think our infant son should have a nicer dresser and bedroom suite than we do. I think it was mainly a joke, but at the same time it’s completely true.

So, I just want to buy. I want to quit being responsible, and replenishing our 6 month emergency fund(we dipped into to pay for my ER visit) even though we’re like $200 away. I want to put our upcoming medical bills on a payment plan instead of paying in full. And I want to buy furniture. I want to buy clothes for Calvin(that he won’t need for a long while.) I want to have a house that looks like it is furnished by two adults, not to 21 year old newly weds who appreciate hand me downs. I want to finish my basement before the summer. I want to buy a new(to me) family car(have we talked about this? I want a mini van. I’m an old 26

I somewhat seriously joked to my mom, I bought a set of four onesies from Carters, along with a two pairs of pants that matched all four onesies. their size 0-3 months. I said to her that all we need are a couple sleep and plays(or body suits or footed sleepers) and we’d be good til March. And as kidding as I was, I was mostly serious. This boy doesn’t need a million little outfits.

Any who, this was whiney, and complainy, and materialistic. But I just want to buy.